We are delighted to announce our 2022 Judges 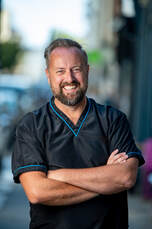 Stuart is proud to have been at the forefront of the British Grooming Industry for many years. Having entered it from another creative industry, he recognised comparisons within the two and has worked hard to try to change its public profile from hobbyist to highly skilled by creating The Groomers Spotlight. In his quest to change the face of grooming and to raise the professional profile of the industry, Stuart has appeared on many TV shows including Jonathan Ross, This Morning, Lorraine, Alan Titchmarsh, Channel 5 News, GMTV, and many more. He is also regularly published in National Newspapers and Magazines in the UK.

Stuart has judged and lectured at many grooming shows around the world and specialises in safety within Creative Grooming.
A former Director of Grooming for the British Dog Grooming Association, He is also a fully qualified, experienced and professional groomer having achieved the Open College Network West Midlands and City and guilds Level 3 Diploma as well as being one of only two groomers in Europe to hold the Qualification for Creative Groomers and the only European Groomer to achieve Masters marks in this qualification. This has led to him being the European examiner for the same qualification through the NAPCG.

He has 2 salons in the UK and came to the attention of the press when he dyed Emma Watsons dog pink for a breast cancer charity. He is incredibly proud to be a supporter of education within the grooming industry.
Stuart is proud to have been the Grooming Consultant for the Hit BBC TV series Pooch Perfect in the UK. 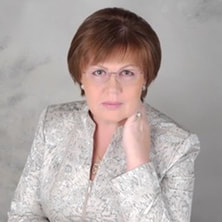 ​Olga is a Nationally and Internationally Certified Master Groomer with multiple “Best in Show” and “Best All-Around Groomer” wins as well as 2 prestigious “Winners Circle Champion” titles. Olga was a GroomTeam USA member from 2008 to 2014 and received the 2009 and 2010 Cardinal Crystal American Groomer of the Year Award.
​
Olga owns and operates grooming salon in New Jersey “Elite pet Spa & Boutique” which won a Cardinal achievement award in 2010. Her grooming experience includes styling dogs for the prestigious Westminster and National dog shows and many celebrities. 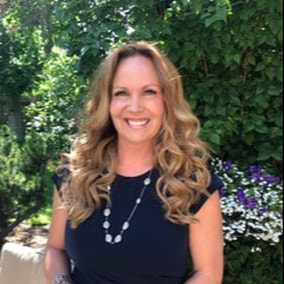 Barb is the owner of Doggie Style Salon in Calgary, Alberta, Canada since 1997. The first ‘invitation only’ grooming salon in Canada.
Some of Barb’s accomplishments include several Gold and Silver medals, Best in show and Best all-around groomer awards at prestigious grooming contests, both in Canada and Internationally such as Intergroom’s International Groomer of the Year, the winner of The World Poodle Tournament in Las Vegas for three years in a row and a gold medalist with her Bichon at the World Grooming Contest in Spain and many more.

She was a member of Groom Team Canada for 12 years, and the captain for 8 years, has been on the European Grooming association’s judges list since 2004, and has been a proud member of the ‘Wahl Extreme Stylist Team’ in Canada for 16 years.
She has had the pleasure of speaking and judging in many countries including Brazil, England, India, Italy, Spain, Germany, Columbia, France, Australia, Belgium, Taiwan, Japan, Canada and the United States.
She is the hostess of the annual ‘World Grooming Conference’ in Coventry UK every October.

Her specialty is motivational speaking to her fellow pet stylists. She has given her ‘Ignite Your Passion, Unleash your Potential’ seminar in 6 different countries, helping her colleagues with their self esteem, grooming skills and growing successful businesses.

Barb and her fiancé Mark produce Mastergroom Canada, the largest and most prestigious grooming show in the country every June in Calgary, Alberta.

Barb’s passion for the pet grooming industry is immense, and she loves spending time with fellow groomers all over the globe, teaching, learning and sharing. 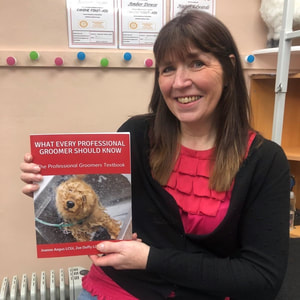 ​Joanne Angus LCGI has been in the grooming industry for over 30 years. She is the owner and director of Look North Grooming & Training Centre and Summit Groomer Training Group; she is also Chair of the Groom Team England committee.

Joanne has competed and judged at many events throughout her career and has won the title of British Groomer of The Year twice and is a gold medal winner from Intergroom USA. She was the Best in Show winner at the first Style to Rescue charity show and is a recipient of the Liz Paul Lifetime Achievement Award. Joanne holds animal first aid qualifications and is a Reiki 1 qualified groomer. Joanne is the co-organiser of Premier Groom grooming competition and is leading the English team to the World Championships in Belgium in September.
​
Joanne is passionate about groomer’s education and is a qualified tutor, assessor and internal quality assurer and a member of the Licentiateship of City & Guilds Institute.  Joanne works closely with the development of qualifications and the dog grooming apprenticeship and is an end point assessor for VetSkill. She is the co-author of ‘What Every professional Groomer Should Know’ and ‘The Grooming Manual of the Dog and Cat’.
Joanne is keen to promote excellence and education in the grooming industry.